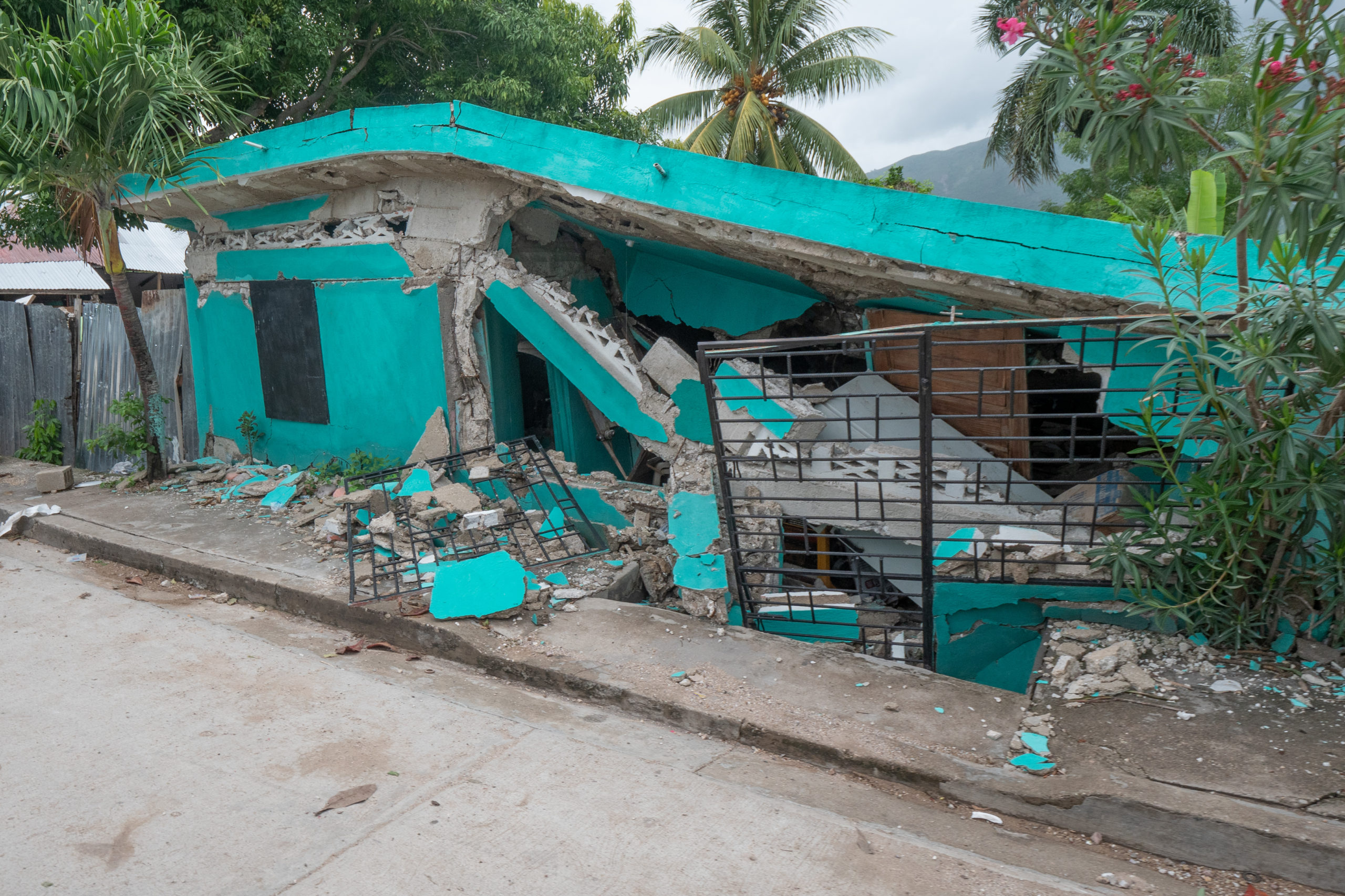 Just after the most recent earthquake in Haiti, board members Jackie and Mark Rychel, Steven Repas, and Junior (Vlad)Laurent traveled to the Sud Department in Haiti to see how Ministry In Mission (MNM) could help with earthquake relief. Because of damage to a bridge we were unable to travel to Jeremie.

The good news is that the damage and resulting hardships are substantially less than the 2010 earthquake. That being said, it is devastating in the areas where the damage occurred. The tropical storm that followed on the heels of the earthquake caused additional damage. Pastor Jean Pierre Charles, a Lutheran Pastor in Manich was killed, leaving a wife and children, by a mudslide as he tilled his garden.

Working with Rev. Ross Johnson, Director of Disaster Response, for The Lutheran Church Missouri Synod (LCMS), and the leadership of the Evangelical Lutheran Church of Haiti (ELCH), a phase 1 plan was formulated to initially address the problems that were observed.

Medical Care and Lack of Clean Water. Water for Life was commissioned to provide mobile medical clinics and well drilling in areas chosen by the ELCH.

Pastor Charles Family. Rev Paul Touloute, SUD Department president for the ELCH has contacted Pastor Charles widow to determine her needs and the amount of financial assistance that she will need.

Church Reconstruction. Churches in Haiti are the center for people’s spiritual, social, musical, educational lives. Significant damage to churches in Carrefoure Duclos, Plan Martin, and Manich will be repaired. Rev. Marky Kessa, of the ELCH who spearheaded the successful rebuilding of the churches in the Grand Anse Department after the 2016 Hurricane will coordinate the reconstruction.